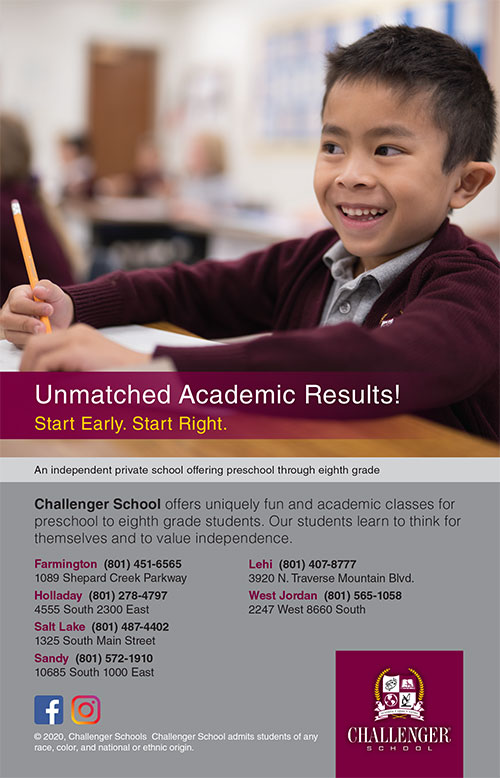 Ms. MacQueen holds a Bachelor of Music degree from the Curtis Institute of Music in Philadelphia, where she studied with Arnold Steinhardt of the Guarneri Quartet and Jascha Brodsky. She received her Master of Music degree from the Juilliard School in New York, studying with Robert Mann of the Juilliard Quartet. She has been a featured performer in the Nova Chamber Series, the Intermezzo Chamber Series, and the Westminster Chamber Series. She has been violin Adjunct Faculty at Westminster College since 2004.

In 2016, Ms. MacQueen co-founded the Haitian Orchestra Institute (HOI). Bringing together 100 of the most advanced orchestral musicians from throughout Haiti to work with Musicians of the Utah Symphony, the intense week of lessons, sectionals and full orchestra rehearsals culminate in a concert with Utah Symphony Music Director, Maestro Thierry Fischer.

Mr. Martin holds both a Bachelors and Masters Degree from Indiana University, where he studied with Alexander Kerr, former concertmaster of the Royal Concertgebouw orchestra in Amsterdam, and with Paul Biss, the violinist, violist and conductor.

A chamber-music devotee and performer since grade school, Mr. Martin is a regularly featured artist in the Westminster Concert Series at Westminster College in Salt Lake City. Reviewer Edward Reichel called his 2015 performance of Cesar Franck’s Sonata for Violin and Piano, with pianist Karlyn Bond, “a magnificent presentation of one of the most technically challenging and significant violin works from the late 19th century.”

Mr. Martin has participated in many music festivals, including the Verbier Festival in Verbier, Switzerland; the Pacific Music Festival in Sapporo, Japan; and the Schleswig-Holstein festival in Germany, where he was concertmaster of the chamber orchestra. In the United States, he has played at the Grand Teton Music Festival in Jackson Hole, Wyoming and at the Spoleto USA festival in Charleston, South Carolina, where he was concertmaster of the festival orchestra under the baton of noted conductor Joseph Flummerfelt. Mr. Martin also served as principal second violin in the National Repertory Orchestra in Breckenridge, Colorado.

In his spare time Mr. Martin enjoys reading string quartets, following the Washington Nationals, and playing his guitar. A longtime lover of heavy metal, he was featured in a Salt Lake Underground (SLUG) Magazine article discussing the surprising parallels between metal and classical music.

Joel Gibbs has been a member of the Utah Symphony viola section since 2011. He appears regularly on Symphony salon concerts, and he coaches young musicians through the symphony’s education and outreach programs. He is also a frequent guest of the Intermezzo, NOVA and Westminster concert series. He is a former member of the Dallas Symphony, the Louisville Orchestra, and the Grant Park Orchestra in Chicago, where he served as a mentor in the orchestra’s Project Inclusion.

Originally from St. Louis, Missouri, Mr. Gibbs holds performance degrees from Northwestern University and the University of Wisconsin-Milwaukee, where he studied with Lewis Rosove, Myron Kartman and Yuan-Qing Yu. In his free time, he enjoys hiking and camping, and he hopes never to run out of new territory to explore in the Mountain West.

After graduating from the Interlochen Arts Academy, John received his Bachelor of Music degree from the Eastman School of Music. His Master of Music was completed under the tutelage of famed cellist Raya Garbousova. Other teachers have included Steven Doane, Ralph Kishbaum, Richard Kapuschinski and Dennis Brott.

In 2016, Mr. Eckstein co-founded the Haitian Orchestra Institute, designed to give 100 of Haiti’s most advanced orchestral musicians and teachers the opportunity to work with professionals from the Utah Symphony. The annual weeklong workshop provides a training platform never before available in Haiti. 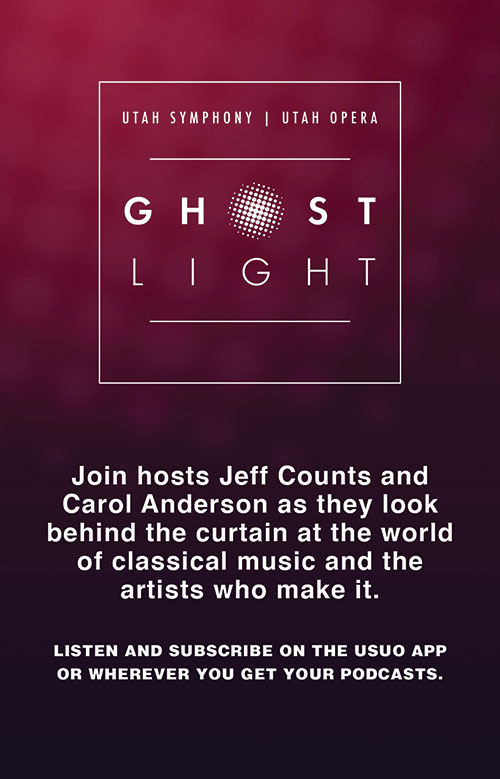